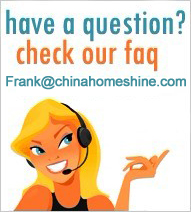 Add To My favorite

In recent years, silica gel technology presents the obvious specialization development trend, with 0.5 ～0.8mm particle size based on silica in China is developing rapidly, with 1 ～15 μ m particle size of silica powder in Europe and the United States and Japan and South Korea to obtain great progress. Based on silica gel and silica powder on the morphology and the difference in performance, become the direct impetus to the development of diversified application. Although China's enterprises to actively carry out technical research and development, but investment in R & D were lower than 3% of sales, while the developed countries represented by the United States general reached more than 5%, or even higher, if converted into absolute values, gap is very obvious. Silica gel is a kind of space three-dimensional network structure of amorphous Sio2 products, but also the silicate polymer. 4T It can be produced by sodium silicate gel. Its molecular formula is Si0x: " XHz 0, appearance is transparent or translucent glass shaped block or globular body. Silica gel is chemically inert, large surface area and high porosity, and strong adsorption capacity, water, drunk, benzene, gasoline and other organic solvents or gases such as S0r have good adsorption. The application of silicone in abroad almost penetrated into all walks of life, as an important inorganic chemical product in national life occupies the position can not be ignored. The production of silicone products in China started late, where A, B type of spherical silica gel in 1993 Qingdao a chemical industry enterprise in developed and industrialized production, to fill the domestic blank packed with silica gel. At present domestic silica gel production reached about 200 kt, become exit big country, in which the bright younger generation - Shandong symplectic group, due to its many years of sodium silicate production experience, is now a silica gel production line 2, with an annual output of 15000 tons of silica gel, silica gel as Shandong export backbone. Now most of the domestic product is the price low drying agent silica gel. In recent years, our country has high additional value to the powder silica aerogel development has increased strength, these products can be used as a matting agent for coatings, plastic anti-sticking agent and catalyst carrier. In recent years the silicone industry presents rapid development state, specialization division of labor is refined, technical progress makes applications continue to expand, North American, European Union, China, Japan and South Korea and Southeast Asia is the main technology development and market location, production concentrated, obvious characteristics. China is still in the low-end products, Europe and the United States enterprises nearly half belongs to Multi-National Corporation, they according to geographical, population, resources, distribution of industries, the development trend and market demand, the world is divided into a number of regional markets, in more than 50 countries or the centre of the city set up research and development centers, production division, factory or office, its products and services through them to neighboring countries, regional and city expansion. Japan and South Korea enterprises in Europe and America business follow, has also been expanded to Southeast Asia area. Our company products have been exported to 30 countries and regions around the world, expand the products in overseas markets, increase market coverage, but not currently in overseas investment institutions, but, non brand exports accounted for more than 50%, is not conducive to the future competition ability rise; basic silicone exports accounted for more than 90%, on the foreign market influence. Europe and the United States, Japan and South Korea brand consciousness is very strong, the competition focused on high-end products, silica gel, functional silica gel is a competition between them focus, and the focus of competition based on silica in china. Now, silica gel application technology has penetrated into all walks of life, some already mature, some are deeply, which is most widely used in industrial fields, agriculture, the tertiary industry and information industry application development is very rapid in recent years. Industrial application of silicone at first mainly applied in the military, after the Second World War, gradually expand the scope of application. Silica gel is used as a desiccant at home and abroad has been a very common, with the specialization process accelerate, in the petrochemical industry, medicine, food, biological chemistry, environmental protection, coatings, textile, paper, ink, plastics and other industrial applications in the field of quality and level to a new level.